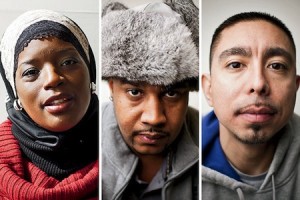 Last week, I attended a viewing of the critically acclaimed documentary, The Interrupters, which was hosted by the Ella Baker Center at the Oakland Museum.  This film is directed by Steve James (“Hoop Dreams”) and profiles three Chicago activists working to end gang violence. The three work with CeaseFire, an organization that utilizes a public-health approach in order to stop violence before it occurs. Two of these activists were present at the event to share their experiences and to answer questions from the audience.

The documentary will be aired on public television on February 14, and I highly recommend that folks watch it. To see what time it plays in your area, click HERE.

I learned a lot about how much violence can permeate a community and how unlikely allies can connect with communities like the ones from the film in ways that traditional mediators or law enforcement never could.