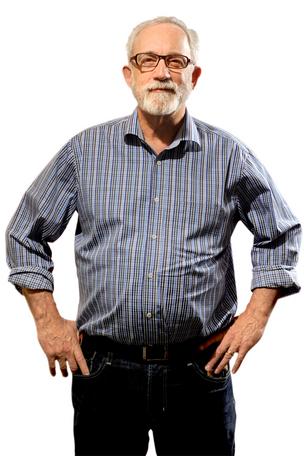 Mitch Kapor: “I’m inspired by entrepreneurs we work with who are changing the world.”
Oakland is the next big place for tech companies and investors.

At least that’s what tech luminary Mitch Kapor and investor and former rapper MC Hammer said at the kickoff event for VatorSplash Oakland, a convention for tech entrepreneurs and venture capitalists hosted by Vator Inc.

Kapor founded the Lotus Corp., which was acquired by IBM Corp. (NYSE: IBM) in 1995 for $3.5 billion, served as the first chair of the Mozilla Foundation, andfounded the Kapor Center for Social Impact with his wife, Freada Kapor Klein. Kapor said many factors might influence the number of tech companies calling Oakland home, in particular the high-cost of living in San Francisco.

“Rent pressure alone is driving things to the East Bay,” he said.

Hammer, who has been involved in the Bay Area startup scene since the mid-90s, thinks what will really make Oakland a tech hub is a Twitter-like startup.

“People follow the money,” he said. “There’ll be an entrepreneur that’s gonna come to Oakland and build a huge company that’s gonna move the needle. Then other companies will come build around that company. It’s just a matter of time. It’s gonna happen.”

In fact, a new infrastructure serving entrepreneurs is already sprouting in Oakland, according to some tech leaders.

When prompted, both Kapor and Hammer said that a new waterfront stadium for the A’s could spark “SoMa-like growth” in Oakland and were generally supportive of the idea.

Vator Inc. is a startup that attempts to connect entrepreneurs and investors.