Future of Work: A Conversation with Clair Brown and Y-Vonne Hutchinson 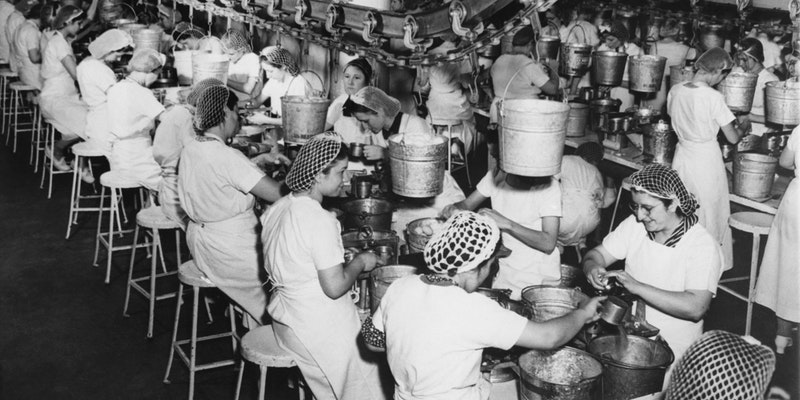 This event is co-presented by the Kapor Center for Social Impact and the California Institute of Integral Studies (CIIS).

The nature of work is changing more than ever before and it’s time to take a hard look at what we want work to look like in our near and distant future. Automation and computer learning will drastically change jobs, making many obsolete. How do we prepare today’s workers for the challenges that lie ahead?

Perhaps it’s time to restructure and re-balance the nature of American work. While the changes technology brings to labor can be frightening, it also offers the opportunity to rethink jobs and how our society can create meaningful work with a better work/life balance.

Join Clair Brown and Y-Vonne Hutchinson as they explore the positive and negative impacts of technology on our work, our society, and ourselves in the near and distant future.

Clair Brown is Professor of Economics and Director of the Center for Work, Technology, and Society at the University of California, Berkeley. Dr. Brown is a past Director of the Institute of Industrial Relations (IRLE) at UCB. She has published research on many aspects of how economies function, including high-tech industries, development engineering, the standard of living, wage determination, poverty, and unemployment. Her books include American Standards of Living, 1919-1988, and Chips and Change: How crisis reshapes the semiconductor industry. Clair’s contributions to the field of Labor Economics were recognized by the Labor and Employment Relations Association, who awarded her their Lifetime Achievement Award in 2010. Clair’s economic approach and life as an economist is published in Eminent Economists II – Their Life and Work Philosophies (Cambridge University Press, 2013).

In 2011, she began teaching an undergraduate seminar on Buddhist economics at UC Berkeley. Buddhist economics integrates global sustainability and shared prosperity to provide a holistic model of economic behavior and well-being. Her book Buddhist Economics: An enlightened approach to the dismal science (Bloomsbury Press, 2017) grew out of the course. One aspect of this work is the development of a measure of economic performance based on the quality of life, and to estimate it for state of California. This index integrates measurements of inequality and environmental degradation as well as value of nonmarket activities and consumption to provide an inclusive measurement of sustainable economic performance to guide policy.

Y-Vonne Hutchinson is the founder of ReadySet, a diversity solutions firm based in Oakland, and a co-founder/advisor of Project Include. Prior to launching ReadySet, she worked as an international labor and human rights lawyer for nearly a decade. She has worked with foreign national governments, the US Department of State, and the UN. She is a member of Harvard Law’s Institute for Global Law and Policy network and an expert on labor relations and diversity in the workplace. She’s presented on diversity, inclusion, and labor issues at Harvard Law, MIT Sloan, and UC Berkeley, as well as conferences around the globe. She holds a JD from Harvard Law School. She also serves on the Women of Color Council for the Anita Borg Institute and the board of the San Francisco New Leaders Council.